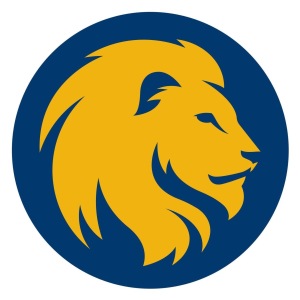 Commerce civic leader and friend to all, Gene Casselberry, 83, passed away Saturday, May 23, 2020 at Briarcliff Health Center in Greenville.  A celebration of life will be held at a later date once COVID-19 restrictions are lifted and large gatherings are permitted.  Interment will take place at the Kaufman Cemetery in Kaufman, Texas.

Gene was born September 12, 1936 in Seymour, Texas to J.T. and Zelma Harrison Casselberry. He graduated from Kaufman High School in 1955.  He attended Tarleton State University, where he was a member of the Purple Poo Spirit Group.  He then served 18 months active duty in the Army National Guard.  He graduated with a Bachelor’s degree and Master’s degree from East Texas State University.  Following graduation, he worked for Texas Power and Light and joined Drake Furniture of Commerce as a Manager/Partner in 1968.

Gene served in leadership roles in many organizations.  At the time of his death, he was on the board of Commerce Community Cares, Inc. and the Hunt County Fair Board.  He was a longtime member of the Commerce Lions Club, where he had served as president of the local chapter, zone chairman and District 2X-1 cabinet secretary and was a recipient of the Melvin Jones Fellow Award. He was a member of the First United Methodist Church, served on numerous committees and team-taught Sunday School for more than a decade.

Gene loved East Texas State University and Texas A&M Commerce.  He was a recipient of the Spirit of Mayo Citation for his devoted service to the university and was the inaugural inductee to the Texas A&M Commerce Athletic Hall of Honor. In 1988, Gene was awarded a Gold Blazer by the ETSU Alumni Association.  Gene and Betty were avid supporters of the Lion Athletic Program, attending most home sporting events during the past 50+ years.  Gene loved the Lion coaches and athletes.  They all knew him by name and would hug and high five him at the games.  Gene was known to call the head coaches after games to give them encouragement and support. He was very proud to receive a replica of the 2017 Division II Football National Championship trophy.

It seemed as though everyone in Commerce knew Gene.  From the moment he arrived in 1959, he made a mark on this community.  In 1988, he was named Commerce Citizen of the Year. He served as the Co-Chair for the Commerce Centennial Celebration.  He was a recipient of numerous community service awards and presidential citations from the Commerce community and was a member of the first Commerce Leadership Institute in 1988.

Gene received many other awards and accolades during his lifetime.  Some include, Kaufman High School Hall of Fame, Citizen of the Year and the Lifetime Achievement Award from the Hunt County African American Leadership Conference, and Member of the Court of Honor, Henry Mikell Province, Kappa Alpha Order.

He was known by many names, most notably Mr. C, Mr. Commerce, Mr. ETSU (an honor he received twice in college), Lion Gene, Brother Gene, Chi O Dad and the ones he loved most: Daddy and Granddaddy.

Gene never met a stranger and once he knew your name, you were never forgotten.  He loved to call his friends and family.  He would spend hours getting updates on their lives.  One friend recently stated that he loved out loud, and he sure did.  He nurtured and maintained lifelong relationships with his KHS 1955 classmates, his Tarleton friends, his group of Kappa Alpha fraternity brothers, Grub Club members and the ETSU students that worked for him at Drakes.

He is preceded in death by his parents and sister, Judy Casselberry Ferrell.

The family wishes to express special thanks and appreciation to Dr. Tom Selvaggi, the employees of Home Health Associates, Donna Helton, Rachael Thurmond and the employees of Briarcliff Health Center.

To send flowers to the family or plant a tree in memory of Gene Casselberry, please visit our floral store.

You can still show your support by sending flowers directly to the family, or by planting a memorial tree in the memory of Gene Casselberry