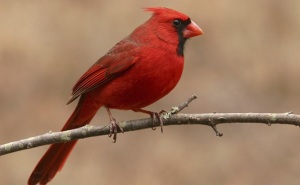 Lela Highfill Brock, 91, passed away on January 22, 2022 in Grapevine, TX. She was born July 14, 1930 near Freedom, OK, to Elmer and Elizabeth Highfill, and grew up on her beloved family farm in Mooreland, OK.

Lela earned her BSN from Oklahoma Baptist University, graduating in the school’s first nursing class in 1956. She married the love of her life, Archie D. Brock on August 31, 1957. After living in Oklahoma and Virginia, they settled the family in Commerce, TX in 1968. She was a longtime member of, and Sunday School teacher at, First Baptist Church in Commerce.

Lela worked as an RN in both the educational and clinical settings until her retirement in 1995, at which time she was the OB Unit Coordinator at Citizens General Hospital (now Hunt Regional Medical Center). She was also a pioneer in Lamaze childbirth education in Hunt and Hopkins counties. Initially the OB doctors were skeptical. When the doctors noticed that the moms and dads that went to her class were calmer and more prepared for their birth experience, she earned their trust. The doctors started referring patients to her class and even became her students as well.

She had a passion for giving of herself to several causes including her alma mater (OBU), the Psychology Club, the Bargain Box, the Northeast Texas Children’s Museum, and the Prayer Shawl Ministry at FBC which was named in her honor.

Lela loved her family with all her heart.  Her devotion was to her three daughters, and four grandchildren. She had a special bond with her sisters, and they could tell stories without end of their time growing up on the farm, with each story more hilarious than the one before. There were also many fun-filled group vacations with the sisters and their families, which led to even more stories to tell. These times were some of her favorite memories.

She is survived by her daughters, Jennifer Claxton (Clif) of Llano, Janet Wasson (Bryan) of Grapevine, and Janie Akers of Allen; grandchildren Joshua Wasson of Euless, Jeremiah Wasson of Grapevine, and Hannah Akers of Carrollton; sister Vera McNaught of Claremont, CA; sister-in-law, Ellen Brock Kilcrease (Jake) of Gordonville; and numerous nieces, nephews and extended family and friends. She is preceded in death by her parents, her husband Archie Brock, grandson Caleb Akers, and her sisters, Jane Laird, Mary McDaniel, and Marie Chapel.

Memorials may be made to First Baptist Church, Commerce (www.firstcommerce.org/giving) or the Alzheimer’s Association (www.alz.org/donate).

To send flowers to the family or plant a tree in memory of Lela Highfill Brock, please visit our floral store.