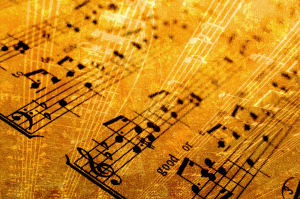 Marcia Anne Eddy, 79, of Campbell, passed away peacefully at her home on Wednesday, July 28, 2021.  She was born in Hollywood, California on May 31, 1942, the daughter of Leo Elsworth Eddy and Florence Iva Packard Eddy.

Marcia attended Van Nuys High School, graduating with the class of 1960.  She then earned an Associate of Art degree from San Fernando Valley State College.  In 1964, she began working for AT&T Phone Company in San Fernando Valley as a drafting agent, where she remained until 1980, at which time she moved to Campbell, Texas.  When in Texas, she continued working for AT&T in Dallas.  While there, she worked as a forklift operator until her retirement in 1999.

Marcia was an avid horse enthusiast.  She owned, showed, and bred Arabian horses.  At one time, she owned eleven Arabian horses, which is evidence of how seriously she took her work with horses.  Marcia’s greatest love was animals, but she also enjoyed music, theater, and going places with her many friends.  A trait that not everyone knew about Marcia is that she was an accomplished artist, having created many pencil drawings of her beloved horses.  She was an active member of the Red Hat Society, TOPS, and the Commerce Culture Club.

Marcia is survived by younger brother, Don and his wife. Jan, their niece, Lisa, as well as her cousin, Patricia Hickey, who was more like a sister and always held a special place in her heart.

She was preceded in death by her parents, Leo and Florence Eddy, and a baby brother, Charles Eddy.

To send flowers to the family or plant a tree in memory of Marcia Anne Eddy, please visit our floral store.